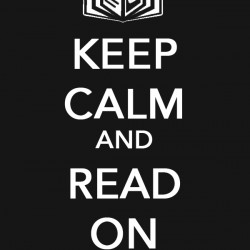 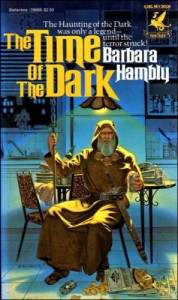 I made the mistake of reading this novel (and this series) after seeing the second Aliens movie (which is my favorite of all the Alien films). When I was younger, I read a lot Stephen King, but only because everyone else at school was reading it and it irritated my mother (or so I thought). After a couple of years on a steady diet of horror, I became bored and nothing was frightening or thrilling any longer. I picked up The Time of the Dark, mostly because it was another story along the lines of Stephen R. Donaldson's Covenant series. At least the premises was similar: a contemporary person from our world is transported, in some inexplicable way, to a world in a different time and place, where magic is indigenous and a struggle for survival is imminent. Hambly surprised me with her ability to thrill me, and even at times scare me. I would attribute this to her ability to make me care deeply for her characters. And when they were in danger, I was on the edge of my seat. Hambly writes the most convincing and inspiring female characters of any author I've read. May 2011 Update: Reread this (again) and updating my review for Fantasy Literature.
Tweet